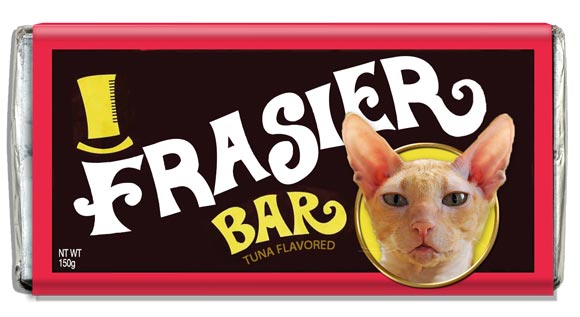 Like many modern holidays, St. Valentine’s day is  thought to have its origins in a pagan holiday.  In ancient Rome Lupercalia  was celebrated February 13 to 15.  The goal was to drive away bad luck, and bring fertility to the people and the city itself.  This was accomplished by sacrificing a goat and dog.  Their hides were then used to gently “whip” women who wanted to bear children.  Women lined up for this blessing, and considering this was ancient Rome, alcohol and nudity were involved.  Hundreds of years later, Pope Gelasius I abolished Lupercalia and created St. Valentine’s day on February 14th.  Apparently there were 2 different Valentines executed on February 14th of different years, but the details of their sainthood and lives were not substantiated.

Romance wasn’t associated with St. Valentine’s day until the middle ages.  Shakespeare and Chaucer helped the holiday gain in popularity and promoted the ideal of chaste romance and courtship.

But when did chocolate become associated with it?  Chocolate was first brought to Europe by the Spaniards in the 16th century.  They imported it from the New World after their conquest of the Aztecs.  Over the next hundred years chocolate’s popularity in Europe grew.  In the 1840s, Richard Cadbury’s eponymous candy company in England refined their technique for extracting cocoa butter from the raw bean.  They created both liquid and solid forms of chocolate.  With the industrial revolution, cocoa processing enabled chocolate to be enjoyed by the masses, not just the wealthy elite as it had been.  As chocolate had a reputation as an aphrodisiac dating back to the Aztecs, it was natural to market it for the holiday.  Cadbury also supplied their chocolates in a heart shaped box, and chocolate and Valentine’s day have been intertwined ever since.

As a cat, however, I must refrain from ingesting chocolate.  Two active ingredients in chocolate are caffeine and theobromine, both of which can be toxic to felines.  I much prefer the taste of tuna anyway.