Before and After Non-Surgical Nose Sculpting Photo Gallery

Click on any image to see a larger Non-Surgical Nose Sculpting photo.

Get a Beautiful Nose without Surgery!

Visit Rejuvent for a non-surgical nose job consultation and find out how Dr. Bomer and Dr. Bouzoukis can help you achieve the nose sculpting you desire. These before and after photos are a small sampling of the amazing results Dr. Bomer & Dr. Bouzoukis achieve for their non-surgical rhinoplasty patients in our Scottsdale location.

Why It’s Important How Before and After Photos are Taken

Many injection before and after images on the internet are taken immediately after the procedure. At Rejuvent, we always take the baseline photos on the day of the first appointment and we take after photographs 3 weeks post-injection.

Why is it important to take photos after filler injections have healed? Because photos taken right after an injection procedure always show some degree of swelling, and this does not show accurate and real injection results.

We schedule every patient for a return visit so their progress can be documented and analyzed. Three weeks after their dermal filler injections the patient returns to Rejuvent in Scottsdale and new images showing their results are taken. Both sets of images are taken in the exact position and under the same lighting. The images are thoroughly analyzed and discussed with the patient.

Why do we take so many pictures? We take so many photos because photos show the exact differences before and after injections. Subtle and considerable changes are visible in the photographs taken and those become part of the patient’s records. The next time they receive filler injections, new photos are taken. The new photos and older photos are again analyzed and the doctors can adjust and build upon the injections already performed.

This service is provided at no cost to the patient, which means and all the time and material involved in this process is completely free of charge.

Here is a great example of a beautiful non-surgical Liquid Rhinoplasty. You can see the differences and compare all 3 non-surgical nose sculpting photos. The photos were compiled into one image. The first image was taken during her consultation before her filler appointment. The middle image was taken immediately after injections. The third image was taken 3 weeks post-injection. 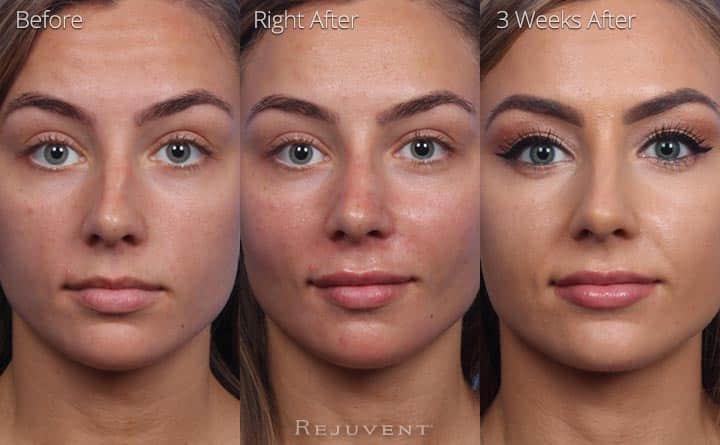 This patient came to Rejuvent unhappy with the appearance of her nose after a nose fracture, she also wanted to plump her upper lips to achieve a more balanced look. She had her nose injected with fillers to smooth out the indentation and straighten the nose, and she had lip fillers injected into her upper lips. Image #1 taken before injections shows the fracture and her thin upper lip. Image #2 taken right after injections shows the indentation filled and the lips fuller. It does show minor swelling. Image #3 shows a smoother and straighter nose and naturally beautiful and plumped lips.

Fill out a request for a non-surgical nose sculpting consultation below, or call (480) 889-8880. We will be happy to answer any questions you may have while considering filler injections for your nose or any other rejuvenating procedure. The Rejuvent Medical Spa and Surgery facility, with Dr. Bomer and Dr. Bouzoukis, welcomes patients from Arizona, all over the United States, and internationally. The office is located in Scottsdale, close to Phoenix and Paradise Valley, Arizona.

Click on the About Nose Filler button and visit our Non-Surgical Nose Sculpting page to get all your answers! 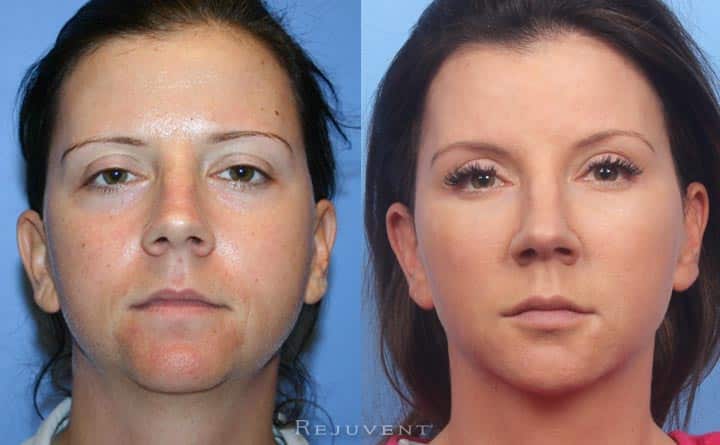 Related Before and After Galleries 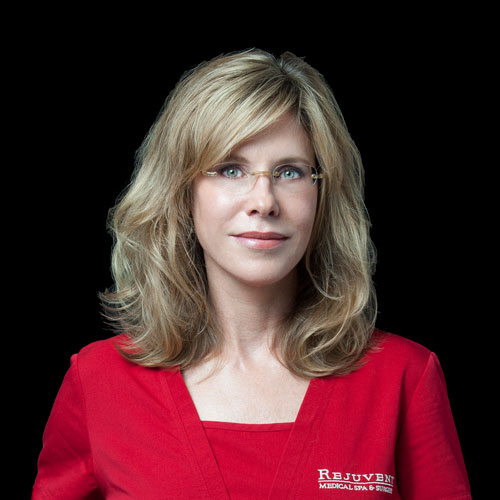 I would love to help you achieve your rejuvenation goals. I have been committed to the natural healthy enhancements for the face for over 20 years and look forward to meeting with you.

I understand every facet of facial aging and would like to bring my skills to help you look the best version of yourself. Come to visit us, and leave rejuvenated!