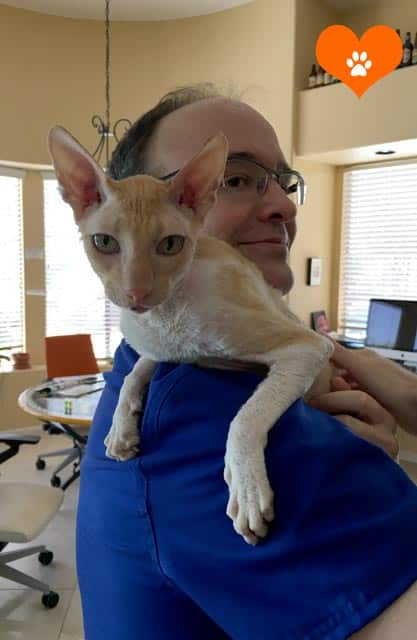 My dad and I enjoy spending time together. We share the same sense of humor, positive attitude and the love for Dr. Bomer. This Father’s Day I will stay close to him and learn a few tips about taking care of my skin. His skin looks great! I bet the culprit are the new skincare products he has been using! 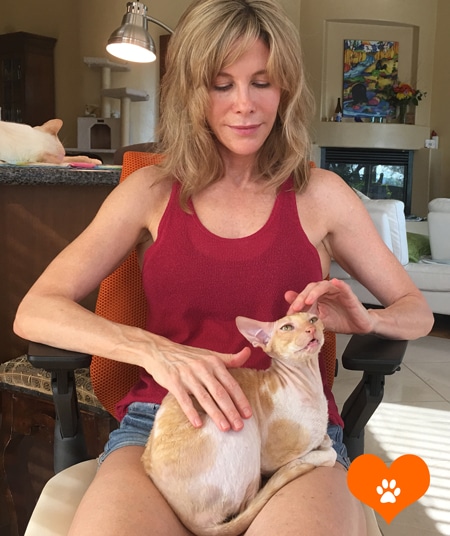 I enjoy spending time with my mom, she has soft hands, a warm heart and a kind spirit. I am often inspired by how hard she works at improving herself and how she lovingly cares for me. For this Mother’s Day, I plan to purr extra loud and rub on her soft skin. 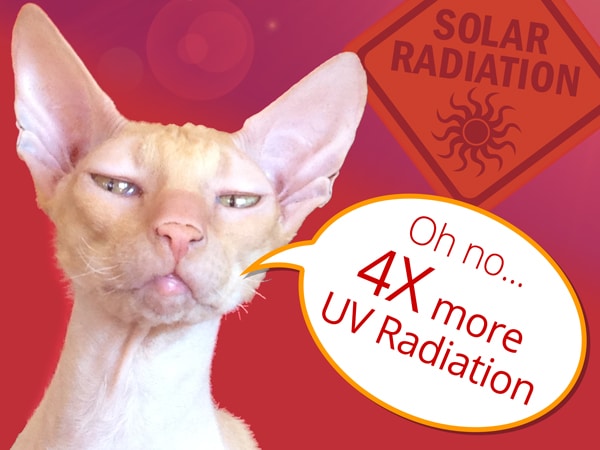 At the recent Dermatology Academy meeting, Dr. Chris Adigun had a fascinating lecture on the dangers of LED lights used in curing nail gels at salons.  When tested, these lights were found to be 100% UVA wavelengths.  People actual receive 4 times the normal amount of UV radiation during the nail curing compared with normal exposure during an entire day.  Current sunscreens are not adequate.  Repeated exposure leads to collagen and elastin breakdown, thinning of the skin, brown spots and increases the risk of skin cancer.  Limiting exposure to these lights is advised.  If you decide to continue, consider investing in UV protection gloves, that have the fingertips exposed, to limit UV exposure to your hands.

I often see Dr. Bomer’s hands and she has baby soft hands. I think it is because of the skin care she slathers on top of it!

Many people aren’t aware, but cat saliva does contain beneficial components. Histatins and growth factors found in cat saliva have been shown to promote wound healing. In addition, when our saliva contacts skin, nitric oxide is formed.  This molecule inhibits bacterial growth, protecting wounds or sores from infection and also increases blood supply to promote healing.

I’ve offered my rejuvenating, cleansing services to Dr. Bomer, but she prefers her own skin care rituals. Whatever she’s using, it does appear to be working. 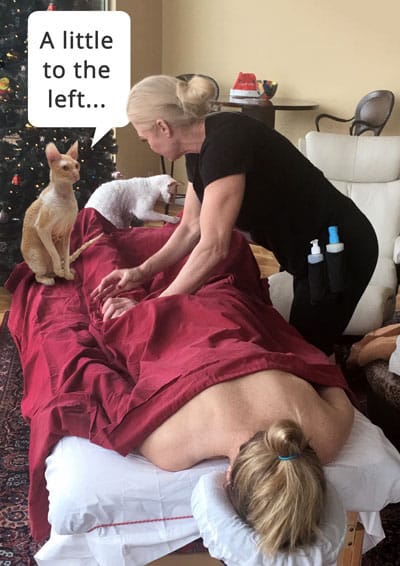 Cats can be excellent masseuses – we are very good at kneading. That is my brother Fulton helping Dr. Bomer get a massage. 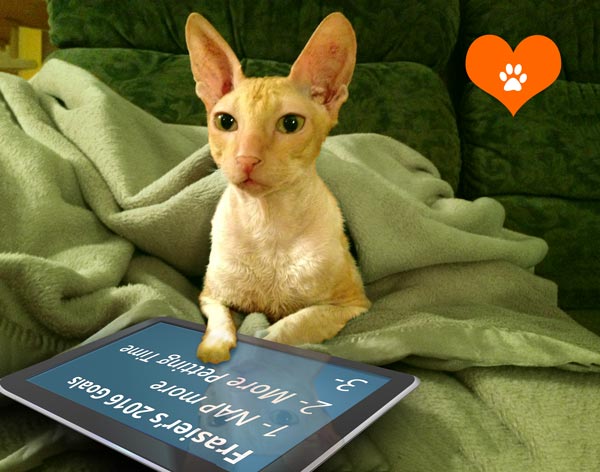 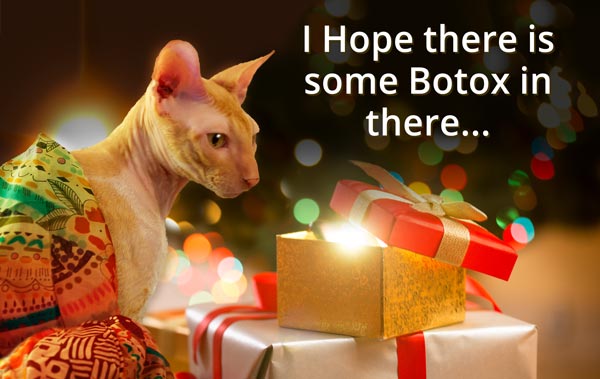 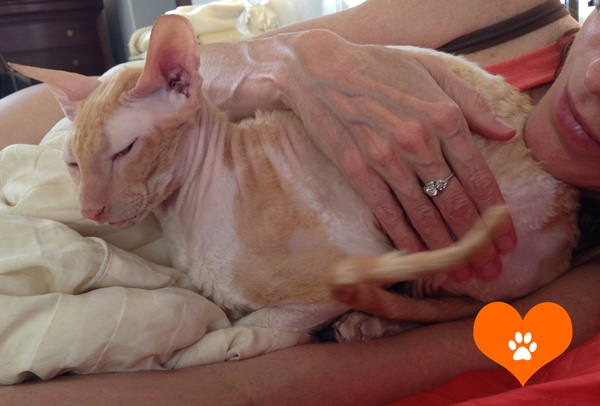 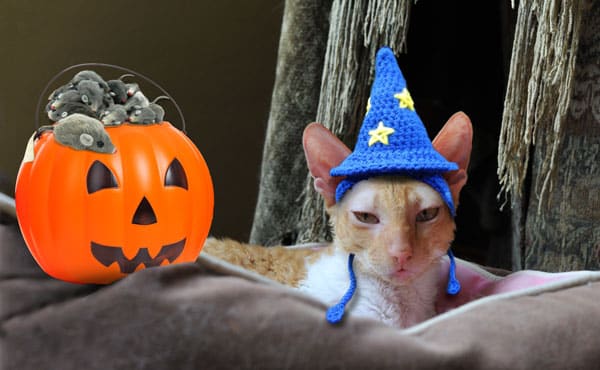 With Halloween approaching, kids start looking forward to candy.  Most parents realize that too much processed sugar on a regular basis is not healthy.  Diets high in processed sugars lead to obesity and increase the risk of insulin resistance, which in turn leads to type II diabetes.  Too much sugar also affects mood and concentration.  The surge in insulin after consuming sugar leads to a drop in blood sugar a few hours later.  This leads to renewed hunger and reduced mental acuity (conversely, protein has the opposite effect, after consumption blood sugar levels are stabilized, countering the insulin-induced drop in blood sugar).  Processed sugars also are bad for the skin- leading to thinner, more wrinkled skin.  This happens because sugar molecules attach to the collagen and elastin molecules in the skin, damaging them.

What many people don’t realize, despite a growing amount of scientific evidence, is that artificial sweeteners are not much healthier, and may even be worse.

Even stevia, which is an herbal plant from South America may have drawbacks.  Green stevia is the least processed form, essentially dried leaves that have been ground up.  The white, processed powder form commonly found in foods and diet drinks is a very different form of Stevia.  White Stevia undergoes a 42 step process that includes extraction with chemical solvents such as acetonitrile (which is toxic to the liver as well as carcinogenic).  To make matters worse, a GMO corn derivative erythritol is then added.

My recommendations are to  limit processed sugars and ELIMINATE artificial sweeteners in your diet – THEY ARE BAD.

Specifically- drinking either regular or diet sodas on a daily basis is unhealthy for your body and mind.

Fortunately, I have never had a sweet tooth- I prefer savory… and mice are particularly savory.